Britney: In Retrospect – Oops!… I Did It Again

Ah remember three months ago when I decided to embark upon this challenge and then just subsequently forgot to continue? Well, stop your hysterical weeping, I’m back at it again. Previously we discussed Britney’s debut album, …Baby One More Time, a somewhat messy start to the pop princess’ career. Now it’s the turn of album two, Oops!… I Did It Again.

In real time it’s only been a few months since we looked at …Baby but in Britney time there was less than a year and a half between her debut and her sophomore album. Oops! was marketed as a more R&B and urban update to …Baby’s bubblegum pop. This change can easily be seen by just comparing both album covers. 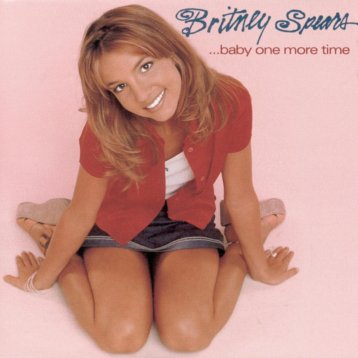 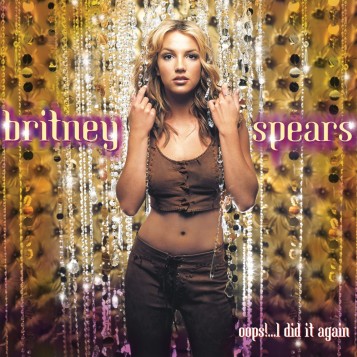 …Baby displayed Britney as the ingenue, kneeling angelic against a baby pink background. The Oops! cover tells us that Britney’s gone urban. How do we know she’s urban? Um she’s wearing leather! Side note: what the fuck is that outfit? Low-waisted leather studded trousers with a laced fly? A crop top that looks like it was stitched by a Beowulf-era fishwife? God the millennium was wild.

She stands defiant in front of us, surrounded by jewels, both arms up as if to say come at me bitches. Also this album cover marks the first time we see blonde Britney, a hair colour for which she will eventually become the poster child. …Baby Britney is truly deceased.

The third-best thing to come out of Sweden, after ABBA and IKEA, Max Martin and his luscious locks are back once again to produce Oops!… I Did It Again’s singles and to keep tight control over most of its production. But Martin isn’t the only person contributing music and lyrics, Britney herself has a writing credit on the album’s final song, ‘Dear Diary‘, her first in a long line of wholly average songwriting credits.

Let’s leave the best to last and start with ‘Dear Diary’. This ‘I Know Him So Well’ soundalike is the album’s deepest cut, the final track. It looks like even Max was trying to hide it. Throughout we hear Britney singing to her diary about a boy she likes and ends with the ever hopeful line, ‘I’ve got a feeling we’ll be so much more than friends’. Well, honestly Britney, not if you play him this song.

‘Dear Diary’ represents the album’s second half quite well. The last five songs of Oops! are utterly disposable filler. Along with Britney’s pointless cover of ‘(I Can’t Get No) Satisfaction’, there are six fillers tunes on this album, or exactly half of the whole track list. Which sounds extreme but it’s honestly as vast improvement on …Baby. Also thankfully nothing sinks to disastrous depths of ‘Soda Pop‘ either (oh I just got a shiver thinking about that song).

If only ‘(I Can’t Get No) Satisfaction’ wasn’t track four and instead was put somewhere down the backend of the album, Oops! would have had a pretty strong six track run. It begins with the title track, ‘Oops!… I Did It Again’. ‘…Baby, One More Time’ finds its more mature sibling in ‘Oops!’. Britney has graduated from her school uniform and now dons the iconic skintight red leather bodysuit. Everything about the track screams departure. However, for me, the track isn’t as strong as ‘…Baby’. When I think about the layers and layers of production that you can clearly hear on ‘…Baby’, none of that is clearly as audible on ‘Oops!’. There’s no hidden harpsichords here.

‘Oops!’ leads into the fantastic ‘Stronger’, which I, rather fittingly, think is a stronger song. From the booming Inception-like klaxons at the beginning to the wonderfully tongue-in-cheek lyric ‘my loneliness ain’t killing me no more’, everything about ‘Stronger’ just screams lead single, yet it was actually the album’s third single. Interestingly, the NME compared its chord changes to that of ABBA’s, which I won’t wholly contest. They also called it ‘deranged helium synth pop’ which might be my new favourite genre.

‘Don’t Go Knockin’ on My Door’ takes its guitar strums straight from ‘No Scrubs’ (Left Eye, gone but not forgotten) but it’s a fairly good formula to follow. It goes well with the album’s other soundalike, ‘What U See (Is What U Get)’, which seems to be a direct remake of the title track. Max obviously allowed the team to reuse sound packs. Both of these songs could be considered the album’s big dance tracks as they rely more on heavy beats rather than Britney’s vocal.

The Mutt Lange/Shania Twain-penned ‘Don’t Let Me Be the Last to Know’ is allegedly one of Britney’s favourite songs of her career, probably because it famously went to number one in Romania and was the third-bestselling song of 2001 there too. Despite its country origins, this is far from a country track – it’s the only bearable ballad on the album and Britney’s best vocal. But none of the tracks that I have previously mentioned even come close to album’s greatest song.

‘Lucky’ is a novel of a song. The story of a girl named Lucky, a superstar who just can’t hold back the tears when she sits in her lonely car. It is so utterly unlike anything else on the album, or even anything else that Britney had released up to this point. For me its comparable to Kylie’s ‘Confide in Me’ in that it is her first major departure. We are so used to a particular sound and style from Britney and then she hits us with ‘Lucky’. She shows us that she’s so much more than just a teen idol singing songs about boys, she’s truly a force to be reckoned with.

It could have all gone so wrong for Britney. The curse of the ‘difficult second album’ plagues most musicians but Britney breaks that curse and actually improves upon her first release. Oops!… I Did It Again is a fascinating indicator of where Britney is going to go. Remember, this is only her second album, the year is 2000, there’s still so much to go. And honestly, I cannot wait to follow her.

Overall score: 5 out of 10 (since, well, half the album is great and half is not)

Best song(s): Lucky, Stronger, Oops!… I Did It Again

Worst song(s): Dear Diary, (I Can’t Get No) Satisfaction

Next time, Britney tries to take control of her career in the first of her two self-titled albums, Britney. But everything seems to be in jeopardy as a certain JT walks into her life…